Man and woman are nude in a music recording studio. Her breasts, and brief pubic hair, are clearly seen as they have sex. A female reporter and camera man walk in on them during the act.

A blond is in the recording studio with a man. She removes her dress and breasts are clearly seen. The man then removes her underwear and her shaved vagina is clearly seen. He goes down on her and touches her naked breasts. They are both nude and having sex on a couch. No male nudity is seen.

Man and woman make out in the living room. He removes her bra and the camera focuses closeup on her breasts as he massages and kisses her breasts. She removes her shorts and her pubic hair is seen. She briefly spreads her legs and shows her vagina. She removes his pants and his butt is clearly seen. She is on top and her breasts bounce around while they have sex.

A naked man is laying on the bed with roses and rose petals on his body. His genitals are not shown.

A woman takes a shower and is shown full frontal nude. She is partially shaved and her vagina is clearly seen. Another woman see her and watches. She then joins her and ends up nude. Breasts, butts, and fleeting vagina views of both as they have sex in the shower. Another long scene.

A woman tries on clothes in front of a man. She is shown fully nude

The two women from the shower scene are in bed nude. Very nice view of their breasts as they talk 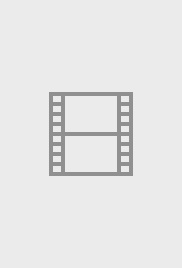